He says about his experience, “I live my work and my work is me, it’s my life. I don’t live playing the role of the artist but I live doing my art work.”

The artist writes, draws, sings, paints, lives in his visions of parallel uni- verses and through his characters from the world of possibilities.

Baldassare’s art, direct and deeply emotional, is scarred by a duality as frenetic as it is paralysing. That is where an essential element to the artist intervenes: the spiritulity, the introspection at the service of another reality: his unique reality.

His works give life to fantasy or labyrinthine landscapes, to characters that are shadows of themselves or flourishing with acidic and thrilling colors. The viewer is continually disoriented and experiences the vertigo of the senses. Like visions put down on the canvas, with moments that pile up, explode and end up by forming assemblages as instinctive as equivocal.

From his first personal exhibition “Flussi d’inconscienza” – Flow of Un- consciousness – in 2002 in his hometown San Vito al Tagliamento (Italy), to “Like a modern icon “ – an exhibition of 20-years of research and artis- tic productions in the castle of this same city last year – Manuel Baldas- sare has traveled, without moving, or going with his works and projects elsewhere: he caused controversy with his barbie dolls setup in all the extremes in 59 Rivoli street; he showed the installation of his chaotic in- terpretation of the “Ultima Cena” at the Miami River Art Fair in 2012; he provoked with his “project to bring out the art of coma”, “Reanimation Art” at the 55th Venice Biennial; and he has exhibited, also, in Paris, Lub- jana, New York, Venice, Thessaloniki, Verona, Pordenone, Zurich, etc. 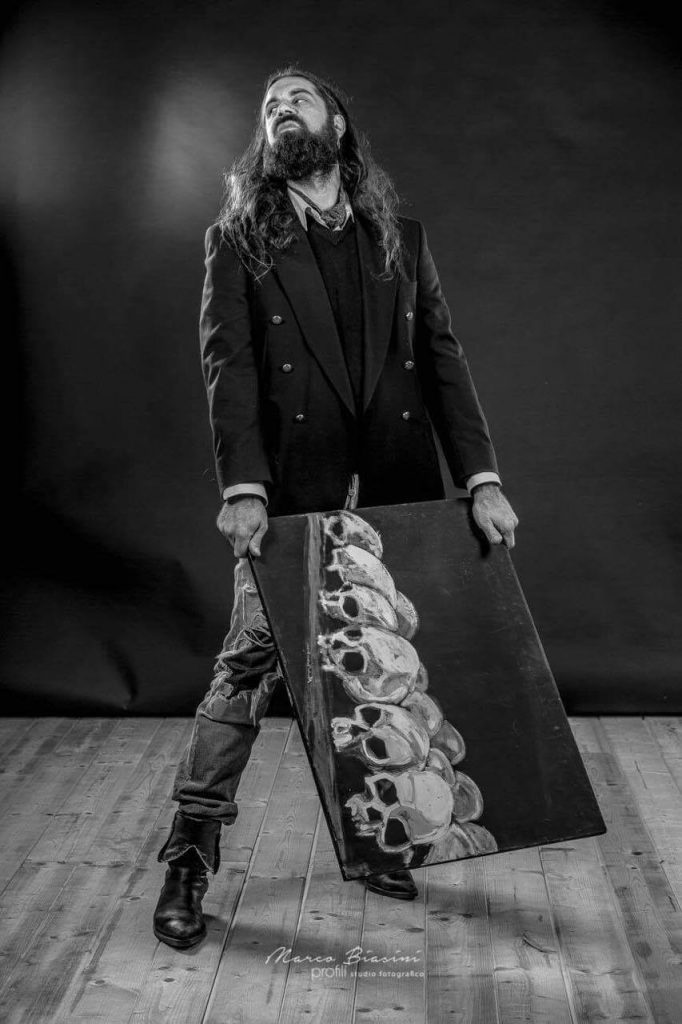